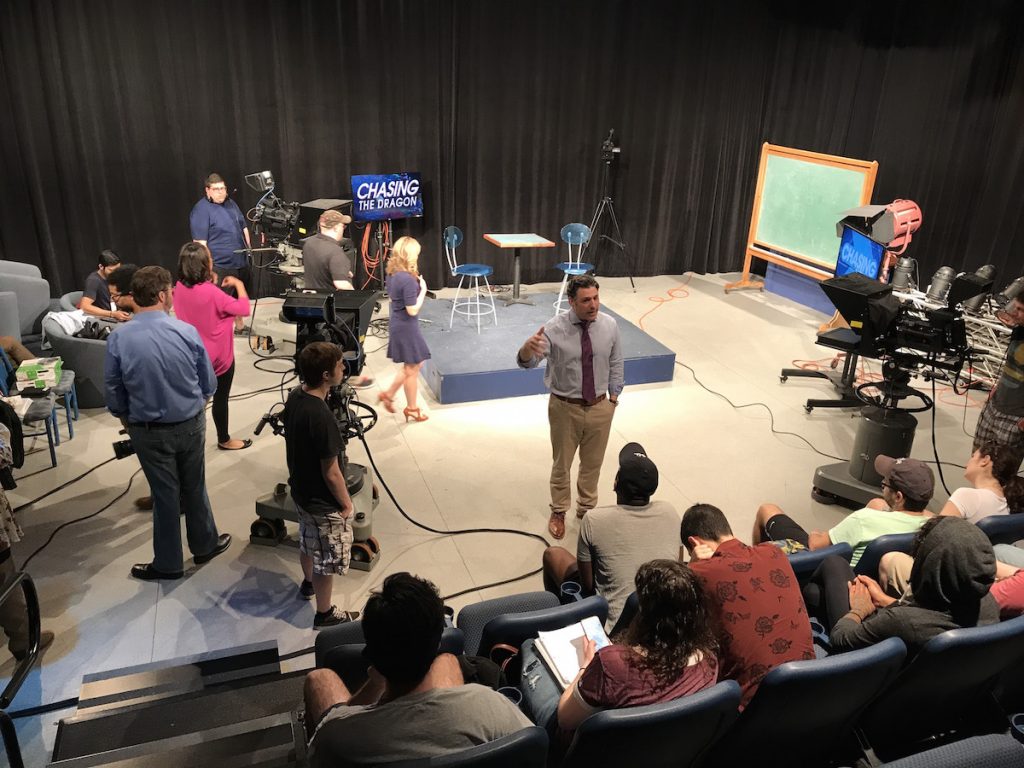 On April 11th, professor Steve Stone’s COM 212 class had the distinction of hosting the recording of TV show, Chasing News, which airs weeknight in the New York and Philadelphia markets. The students ran the cameras and were part of a studio audience that participated in the conversation along with the show’s host, Bill Spadea and 3 of the show’s reporters, or “chasers.” They got to see first hand what goes into putting together a real TV show. Spadea, chatted with the students and discussed how the show works, while the TCNJ School of Arts and Communication staff and students worked alongside the Chasing News crew to help put on a flawless production. The episode will air Wednesday, April 12 at 11pm on WWOR-My9 in NY, 12:30am on WTXF-Fox29 in Philly and 1:00am on WNYW-Fox5 NY.